To commemorate 125 years of graduate women’s organisations in Australia, a commemorative booklet of the history was generously produced (at personal cost) by members Dr Jane Baker and Ms ‘Tricia Blombery, with a message included from GWI President Geeta Desai. All NSW members should have received a copy, please advise if you have not received your copy. More copies of this commemorative booklet are available to purchase if Branches are interested in maintaining copies for guest speakers’ gifts or to give to past members. Please contact Ms ‘Tricia Blombery, stuart_tricia@bigpond.com

Louisa MacDonald was one of the two delegates from Australia at the first IFUW Conference in London in 1920 with Mildred Muscio (nee Fry). They were from the, by then named, Sydney University Women Graduates Association (SUWGA) and after this the first constitution of AFUW was drawn up and presented to IFUW (now GWI) in application for membership in 1922.

The group photo is on the stairs at the College under a recently acquired portrait of Louisa painted at about the time of her appointment and donated by family members. The other portrait is of Dame Quentin Bryce a more recent Principal of The Women’ College and from 2006-2014 the first and so far only woman Governor General of Australia (the Queen’s representative). 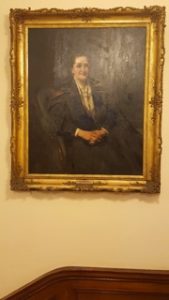 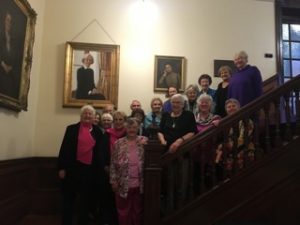 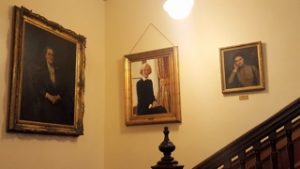