Branch President, Sue Brown announced the winners: Jemma Pokoney and India Thompson, a second scholarship being generously funded this year by the Cowra services Club Grants programme. Both students will be studying Primary Education at the University of Wollongong and were recognised for their HSC results, dedication to study and involvement in their school and community as they advance to tertiary education.

Jemma (seen above with Leila Smith) spoke passionately about her future career and thanked the AFGW for the assistance the scholarship will be to her. She finished with the quote, ”A beautiful woman is a beautiful woman, but a beautiful woman with a brain is a lethal combination and can achieve great things”. As India (seen below) was unable to attend, her mother Bronwyn Johnson read her thank you speech, acknowledging the AFGW for helping girls who are moving on to study, away from the shelter of home and familiar surroundings. She is also passionate about teaching and members and guests all agreed the future of the teaching profession will be in safe hands when these two fine young women finish their degrees. 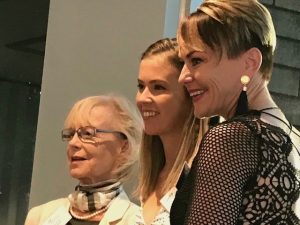 Presenting awards and featuring as guest speaker was Ms Leila Smith BA MPhil, deputy CEO of the Aurora Education Foundation. Past President Marianne Payten introduced Leila, a Wiradjuri woman originally from Cowra, who had travelled from Sydney for the night. Also attending were Leila’s father, Tom who travelled from Canberra and her great aunt, Aunty Esther Cutmore who gave a welcome to country. Leila spoke with great love and admiration of her grandmother who had suffered trachoma and after receiving treatment and assistance from ophthalmologist Ross McGregor, became the first Aboriginal employee at the Cowra District Hospital. Leila’s father Tom was also encouraged by his headmaster and went on to become one of the first Indigenous school teachers in Canberra at Mount Scrumlo High School where Leila was eventually educated. 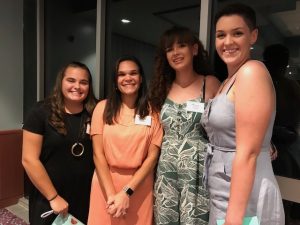 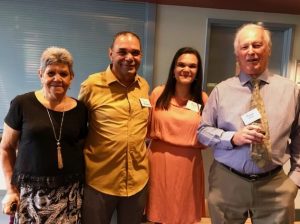 Leila attained her HSC and went on to study at ANU where she achieved a BA with 1st class Honours. She later received a Charlie Perkins Scholarship and travelled to Cambridge to study for a Master of Philosophy in Public Policy. During this time she received assistance and guidance and realised the necessity to do the same with younger students. The Aurora Education Foundation of which she is deputy CEO, works with Indigenous students, guiding them, nurturing their culture and  providing invaluable mentoring with career choices and study options. The Aurora Foundation is funded by philanthropy, the British Government and the Australian Government. In concluding Leila thanked all the trailblazers that went before, for making it easier for Indigenous children to realise their potential and value education. Member Christine Parker thanked Leila for her presentation, advocacy and inspiring words. (Check out Leila featured in Because of her We can!)

Guests on the night included students sitting their HSC exams this year and teachers from both Cowra High School and St Raphaels School. The proceeds of the evening go towards next year’s scholarship. Upcoming: the Central West Branch’s Barbara Wright Memorial Scholarship will be presented to a female post graduate student in 2020 and applications are available from the AFGW website. Applications close in August 2019. 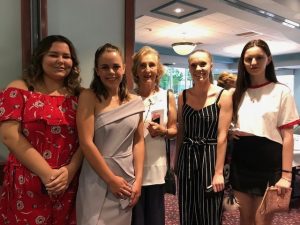 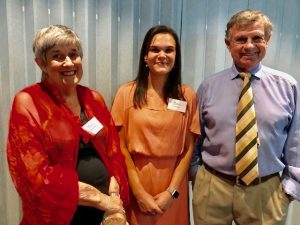 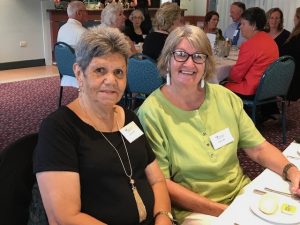