As one of the foundation groups of National Council of Women NSW, Graduate Women-NSW were thrilled to celebrate their twice postponed 125th+ Anniversary at QVB Tea Room, in Sydney.

Two tables of our members supported the celebration. The National Anthem was led by soloist, Clare McCallum and Councillor Yvonne Weldon, City of Sydney and Deputy Chairperson, Metropolitan Aboriginal Land Council and proud Wiradjuri woman, gave us a moving Welcome to Country. 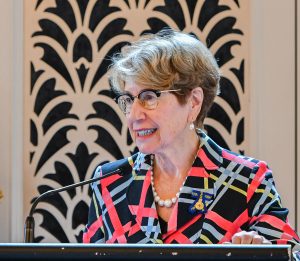 The highlight of the day was NCW NSW Patron, Her Excellency the Honourable Margaret Beazley AC QC, who delighted us with ‘setting the scene’ of what Sydney was like at the time of the inaugural meeting at the Sydney Town Hall, with 200 women in attendance. She also talked about the Windeyer family, the built environment of the 1890s, and the various tea rooms that were in existence around Sydney where women would meet. 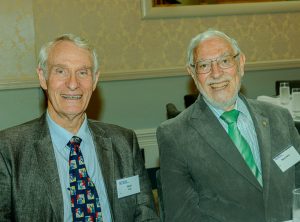 Unfortunately, the advertised guest speaker, Geraldine Doogue AO, was unable to attend due to ABC commitments. Most impressive was Leshia Bubniuk, of the Ukrainian Women’s Association, who bravely and cheerfully MC’d the event. She, and her large group of members all in hand-embroidered traditional garments, were devastated at the end of the event to hear the tragic news that the Russian President had given the order for a military invasion of their country.

GW-NSW President Tricia Blombery has sent warm wishes to Leshia and was pleased to hear in return that the close family members of some of the attending women (mostly Australian born) have been able to escape to Poland. 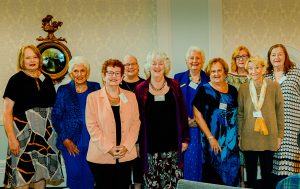 Members and executives of Graduate Women